Six years ago, I created my first DVD artwork for the movie “Blue Belgium: The Dutroux Connection”. The movie was released including the soundtrack as a bonus disc. This version sold out earlier this year. On 28 December 2017, the movie will be re-released in a 1-disc version. This gave me the opportunity to design entirely new artwork. 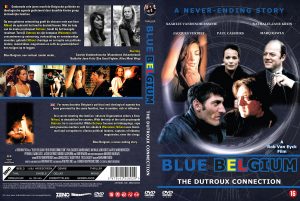 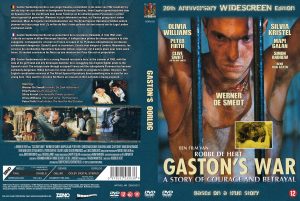 There are no upcoming events.

_gid / _ga: These cookies are installed by Google Analytics. The cookies are used to store information of how visitors use a website and helps in creating an analytics report of how the website is doing.

© 2021 Chriskepolis. No re-use of images without written authorization.

A. Bosmanslaan 56, B-3130 Betekom, België
chris@chriskepolis.be
We use cookies on our website to give you the most relevant experience by remembering your preferences and repeat visits. We do not use cookies to store personal information such as name or email address. By clicking “Accept All”, you consent to the use of ALL the cookies. However, you may visit "Cookie Settings" to provide a controlled consent.

This website uses cookies to improve your experience while you navigate through the website. Out of these, the cookies that are categorized as necessary are stored on your browser as they are essential for the working of basic functionalities of the website. We also use third-party cookies that help us analyze and understand how you use this website. These cookies will be stored in your browser only with your consent. You also have the option to opt-out of these cookies. But opting out of some of these cookies may affect your browsing experience.
SAVE & ACCEPT